CCS: is it all just hot air?

Last week I attended an Energy Institute debate on the subject “Meeting the Carbon Budgets – how “disruptive” technologies could be game changers towards a low carbon future.” The eminent speakers gave an overview of the challenges arising from the Paris agreement in 2015 and focused specifically on large-scale nuclear versus small modular reactors (“SMR”s) and carbon capture and storage (“CCS”). What was absolutely clear, demonstrated in the chart below, is that a wide deployment of CCS is assumed to be a requirement in meeting carbon targets.

This strikes me as being problematic, as I was under the impression that CCS was not technologically viable – in the UK there have now been 3 attempts to launch major CCS schemes and each one has been cancelled. However, there is a huge amount of hype around CCS and a firm belief among policy makers that CCS will be a the single most important factor in halting climate change, as evidenced by the PICC scenarios. In this post I will explore this gap and try to understand whether the issue is one of perception, or whether CCS really is either not technologically feasible or commercially viable.

Pre-combustion capture involves converting fuel, whether initially in solid, liquid or gaseous form, into a mixture of hydrogen and carbon dioxide through a gasification process. Such processes are well established and used on an industrial scale in refineries and chemical plants. The resulting hydrogen can then be used in electricity generation, powering vehicles, or heating homes.

Post-combustion processes involve the capture of carbon dioxide from the exhaust gases of a consumption process by absorbing it in a suitable solvent. The gas is then released from the solvent and compressed for transportation and storage. The CO2 can also be separated using high pressure membrane filtration, adsorption/desorption processes and cryogenic separation.

Oxyfuel combustion involves the separation of oxygen from air prior to combustion, with the combustion process then using this oxygen diluted with recycled flue-gas, rather than air. This results in final flue-gases consisting mainly of CO2 and water.

According to the Global CCS Institute there are 15 large-scale CCS projects in operation globally, with a further 7 under construction, with an overall capture capacity of 40 million tonnes per year. A further 6 projects are at an advanced stage of development and 12 in an early stage, representing a further 31 Mtpa of capture capacity.

Most of the projects supply CO2 for enhanced oil recovery, where the primary motivation was to increase the volume of oil extracted from the field, rather than to capture carbon for its own sake (with interesting implications for overall emissions given the resulting increase in fossil fuel consumption) however there are also a number of industrial projects in progress:

There has been a great deal of focus on CCS for coal-fired power generation, and the world’s first large-scale CCS project in the power sector began operation in October 2014 at the Boundary Dam power station in Saskatchewan, Canada. However, this facility ended up costing CAD 1.3 billion and has captured much less CO2 than initially expected due to various technical issues.

Not only was the plant’s capacity reduced from 139 MW to 100 MW, but the parasitic load of the CCS system used about 25% of this output. Although the system does broadly capture the projected 90% of CO2 produced by the plant, about half of this amount is lost to the environment either in the initial process or at the nearby oil field where it is used for EOR.

The plant has also suffered from reliability issues, with breakdowns and maintenance problems resulting in only 40% plant availability. SaskPower has only been able to deliver about half of the CO2 it committed to the nearby oil field, leading to financial penalties on top of lost revenues. Financial analysis by James Glennie of Saskatchewan Community Wind calculated that the plant would lose over CAD 1 billion over its life.

Even more problematic have been the issues at the 582 MW Kemper CCS project in Mississippi which has suffered massive cost and time overruns, described very well here. From an initial cost of USD 2.4 billion, the project is currently two years overdue and is predicted to cost in excess of USD 6.5 billion.

According to the US Department of Energy, building a large coal power station with CCS would cost up to USD 2.4 billion, versus USD 1.4 billion for an equivalent un-abated plant. As some of the plant’s output must be diverted to operate the capture system, the more expensive CCS-enabled plant is also less efficient, leading to higher operating costs.

A study by the University of Michigan found that the fuel costs of coal-fired plants could increase by up to 136% with the addition of a CO2 capture system, ie the fuel costs would be more than double the unabated coal generation cost. The researchers compared these costs with other sources of clean generation, and found that coal + CCS was significantly less economic, leading them to conclude that the best option for coal was to simply leave it in the ground.

Despite the challenges of coal + CCS key technical differences could make natural gas with CCS a more viable technology. Natural gas has a much lower carbon density than coal with the average CCGT emitting 56% less CO2 than the average coal plant. This means the required capture equipment can be smaller and less expensive than for coal.

Unfortunately, whilst in theory CCS might be more economic when deployed alongside natural gas generators, the majority of CCS projects in the power generation space to date have focused on coal, with very little work having been done to develop the technology for gas. The US Department of Energy recently concluded that most of the technology developed for coal would be applicable to gas, however, several major challenges remain, including potential degradation of capture solvents and increased difficulty of capturing CO2 in the more oxygen-rich environment, and the as-yet untested impact of flexible operations on capture technologies.

There are a number of new technologies under development that show some promise.

US-based Net Power has developed a new combustion process named the Allam Cycle, where the CO2 produced is recycled back to the combustor multiple times, producing a working fluid that is mostly pure, high-pressure carbon dioxide. This allows the Net Power process to avoid the phase changes that cause steam/water cycles to be so inefficient, and instead of losing heat energy up the stack, heat is kept within the system, reducing the amount of fuel needed for the turbine to reach operating temperatures. As the cycle is designed to produce pure CO2, it avoids the need for additional capture processes, further reducing costs. The company recently commenced construction of a 50 MW demonstration plant in Texas.

In May, ExxonMobil announced a project to use fuel cells to capture CO2 from power plants. The flue gases from the power station would be directed to the carbon fuel cell, replacing air in the fuel cell combustion process, resulting in a more concentrated stream of CO2 that can be more easily captured. The value of the additional power produced by the fuel cell offsets the cost of the carbon capture.

On the storage side, scientists in Iceland have recently had success in converting captured CO2 into rock by pumping it into deep underground basalt formations, and mixing it with water to create a chalk-like solid substance.

In order to achieve carbon neutrality, a range of so-called “negative-emission technologies (NETs)” are being developed (described here), with bio-energy with carbon capture and storage or “BECCS” being seen as one of the more promising approaches. In its assessment report published in 2014, the IPCC set out 116 scenarios that achieved a “likely” chance of staying below 2oC, of which 101 relied on BECCS. 67% of these scenarios said BECCS would represent at least 20% of the world’s primary energy by 2100.

BECCS combines energy production from biomass with CCS and is deemed to produce negative CO2 emissions as carbon dioxide is removed from the atmosphere as the plants used for the bio-fuels grow, and by using CCS, this CO2 is not returned to the atmosphere when it is combusted, resulting in an overall reduction in atmospheric carbon dioxide.

While this sounds good in principle, a number of practical difficulties arise. Biomass production raises various sustainability challenges relating to the area of land that would be required for bio-fuel crop cultivation, water requirements for irrigation, loss of biodiversity, competition with food production, deforestation and scarcity of phosphorus. Up to a quarter of global agricultural land might be needed for biomass production if global warming were to be limited to 2oC.

The environmental benefits of biomass use have been called into question, in particular when it is in the form of wood pellets. Analysis of data from the Drax power station which has been converting from coal to wood-pellet biomass, shows that 15-20% more carbon dioxide is released when burning wood rather than coal. In addition, once the wood is cut, the absorption of CO2 from the atmosphere stops, and forests are slow to be renewed. Drying and transportation of the wood also adds to pollution.

“Bioenergy with carbon capture and storage could be used to remove carbon dioxide from the atmosphere. However, its credibility as a climate change mitigation option is unproven and its widespread deployment in climate stabilisation scenarios might become a dangerous distraction.”
– Sabine Fuss et al, Betting on negative emissions; Nature Climate ChangeVolume:4,Pages:850–853 Published online 21 September 2014

Experience to date suggests that significant technological and economic barriers remain before CCS can reasonably be considered a viable solution to the decarbonisation problem. The majority of current installations rely on selling the CO2 produced for enhanced oil recovery, ie the increased production a material whose consumption is a major source of pollution.

Whilst there are some pilots underway that may have some promise, overall CCS technology is far from mature enough to justify either the hype or the assumptions of wide-scale CCS deployment that underpin future models of carbon-neutrality. Indeed, it is concerning that policy-makers insist on assuming that wide-scale CCS deployment will occur as there is no credible evidence to support this at present.

That is not to say that CCS projects are all doomed to fail, or that governments should not seek to incentivise CCS development, but resources should be directed to schemes that would yield the greatest benefit, and alternative strategies should also be pursued.

Electricity and heat production is responsible for 25% of global carbon emissions, followed by agriculture with 24% and industry with 21%. While there are a number of low or zero carbon power generation technologies available, no such alternatives exist for the bulk of industrial applications. Decarbonisation of industrial process such as steel and cement production could prove to be more important and a more suitable receipt of subsidies than the promotion of CCS technologies in the power sector. 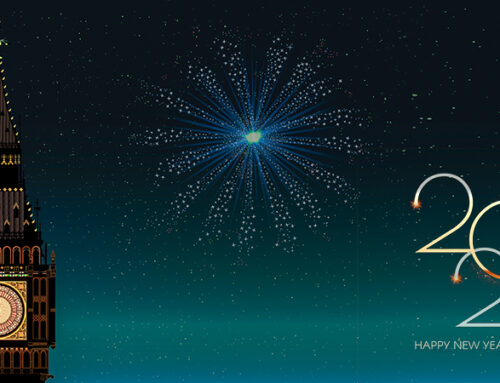 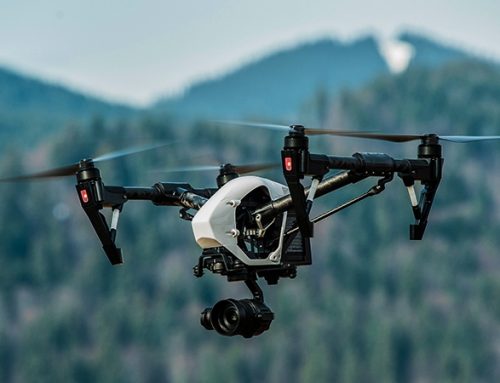 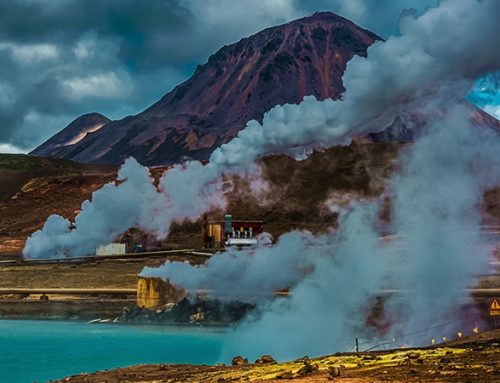 Is geothermal energy the next hot topic? 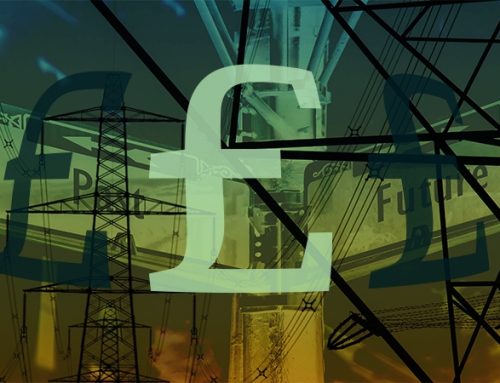 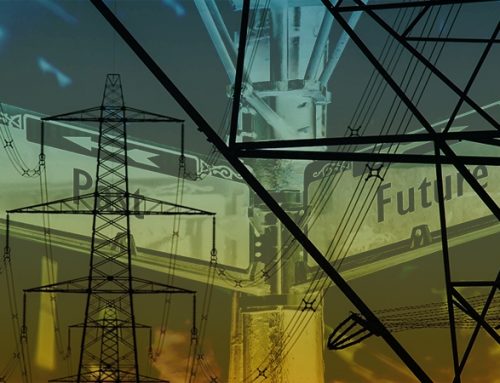 The strange, unfamiliar world of FES-2020